Get in Touch!
We look forward to answering any questions you may have, and hope to have the pleasure of meeting you in person! 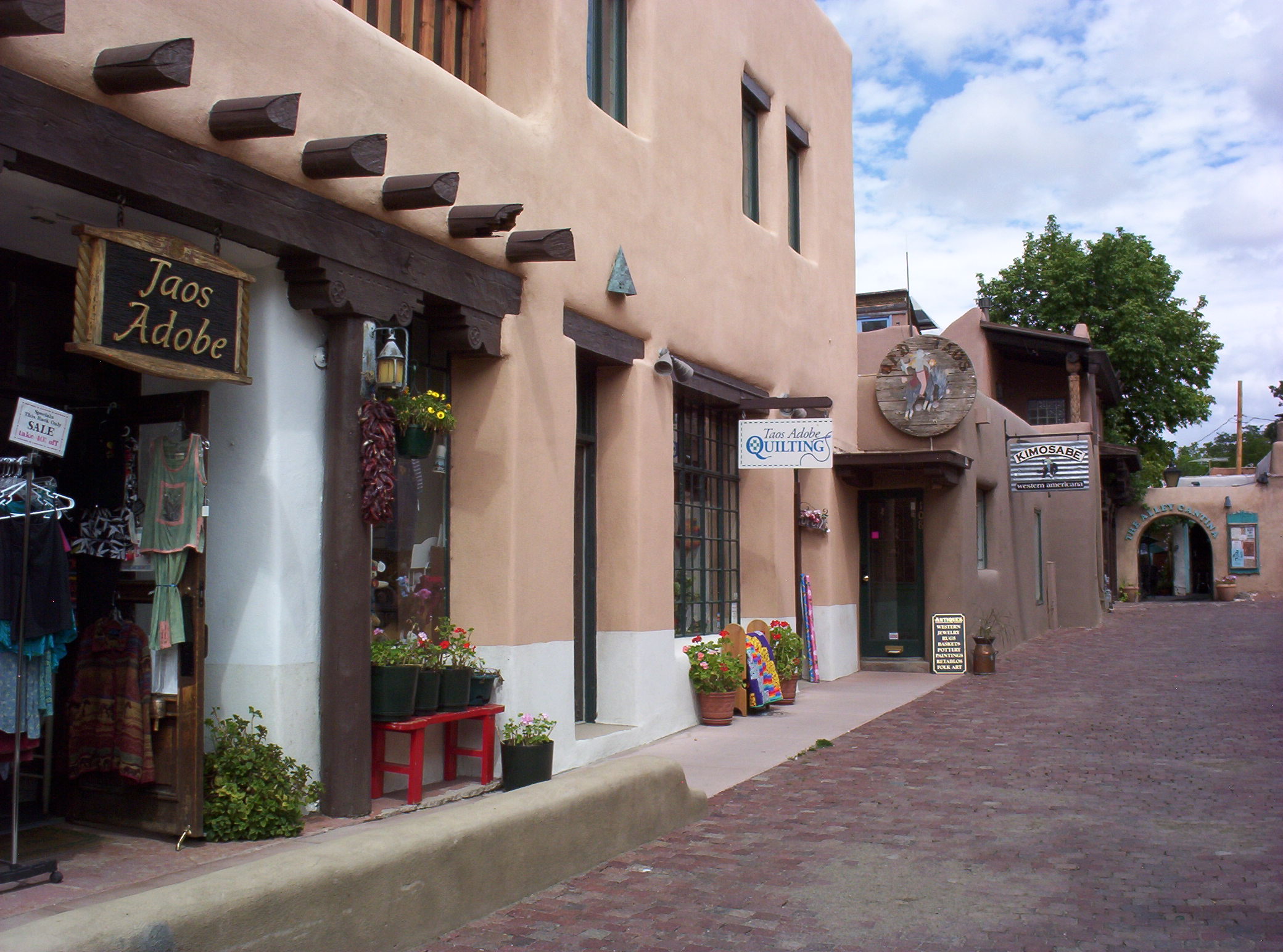 In the center of town is a traffic light at the intersection of Paseo Del Pueblo, Kit Carson and North Plaza. A stroll west from this light, along North Plaza, will bring you to a cobbled alley called Teresina Lane, and we're on the corner! The image above is looking right at it.

Like most places, Taos may be approached from North, South, East, or West; and likewise for Taos Adobe Quilting in Downtown Taos.

However you get here, make your way to, or near the hub of the just to the left of our placemark in the map above, and find a place to park. Taos is a walking town, and you'll want to stroll around once you're here. There is free parking west of the plaza on Camino de la Placitas, beside Our Lady of Guadalupe church.

Please feel free to contact us directly by phone or send us an email below.
We welcome your questions and would be pleased to assist you in any way!

In the heart of the Taos Plaza!